Well... after a few months of being out of the comic shops and workin' my ass off... I'm settling back down and trying to remember where I left off on all the comics I was reading.

I'm still waiting for the return of MADMAN sometime in March or April. 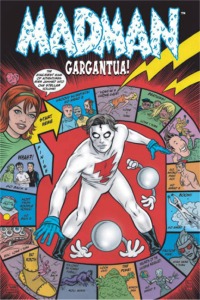 I've always been a big Madman fan. I have to admit that I'm still missing a few issues, though. Mainly because something else is always grabbing my attention and keeping me from having the funds needed to pick them up. Oh, and that I would have to order them, since the local comic shop doesn't have many of them.

However, when the new #1 comes out and if it's as good as I'm hoping, it'll get the fire rekindled and I'll climb mountains and swim rivers to get those holes filled.

Next on my list of books that have me interested is Darwyn Cooke's SPIRIT. The first issue is out as we speak but I've not been to the comic shop so I have yet to see how it measures up. 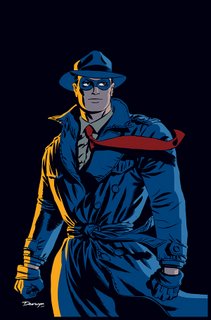 I've liked virtually everything that Darwyn has both written and drawn. Even with the minor inconsistencies in NEW FRONTIER, I was enthralled with his style of storytelling. And he's only getting better.

I'm thrilled to see DC giving him his own monthly ongoing and matching him with Will Eisner's Spirit seems like a perfect fit.

Another book I'm looking forward to is also helmed by a solo creator. I tend to like these types of comics the most. Simply because when you have one creator doing both the writing and art I find it more focused and expressionistic. When the creator starts drawing the comic, the writing hasn't stopped. If he or she feels that throwing in a character or a visual clue would be appropriate, then there's no one to consult.

This other book is Jeff Smith (of BONE)'s SHAZAM: THE MONSTER SOCIETY OF EVIL.
It's only four issues and in prestige format, but it's gotta be a great slice of comic book excitement! 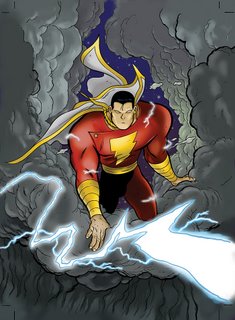 Unfortunately, those are the only books that have me totally psyched.

Dynamite Entertainment's SAVAGE TALES has me a little interested. I've tried reading RED SONJA recently, but I just couldn't get into it. Same with CONAN.
I would love to find a sword & sorcery book to get lost in but the stories I've read just weren't pulling me in.
The last time I read a good fantasy comic was back when SOJOURN was being published.

The only book that's survived my recent departure from comics is SHADOWPACT. And the sad thing is that it's losing my interest. It started off with so much promise but it's lost a bit of steam. I just don't have the strong desire to know what these characters are going to be doing next month.

100 BULLETS...
Oh, how I need to get caught up on this one.
Really.
I can't believe I let this one go unchecked for so long.

I need to get back into LOVE AND ROCKETS, too. Of course, the main reason why I've let the current series run on without me picking it up in so long is that I'm still behind on the original series. I have several of the trades and I want to read those first.

Not to mention that I got tangled up in the DC and Marvel cross-overs. Well... DC, anyway...
And the small-press comics always are the first to suffer when my monthly pull list starts getting too big.

So there we have it.

MADMAN
THE SPIRIT
SHAZAM: THE MONSTER SOCIETY OF EVIL
100 BULLETS

Seems I still have room for about five more books.
Email Post 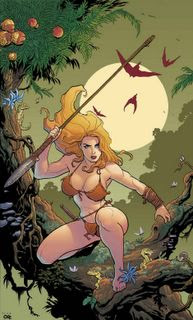